Virtual Reality Is the New Reality for Truck Driver Training 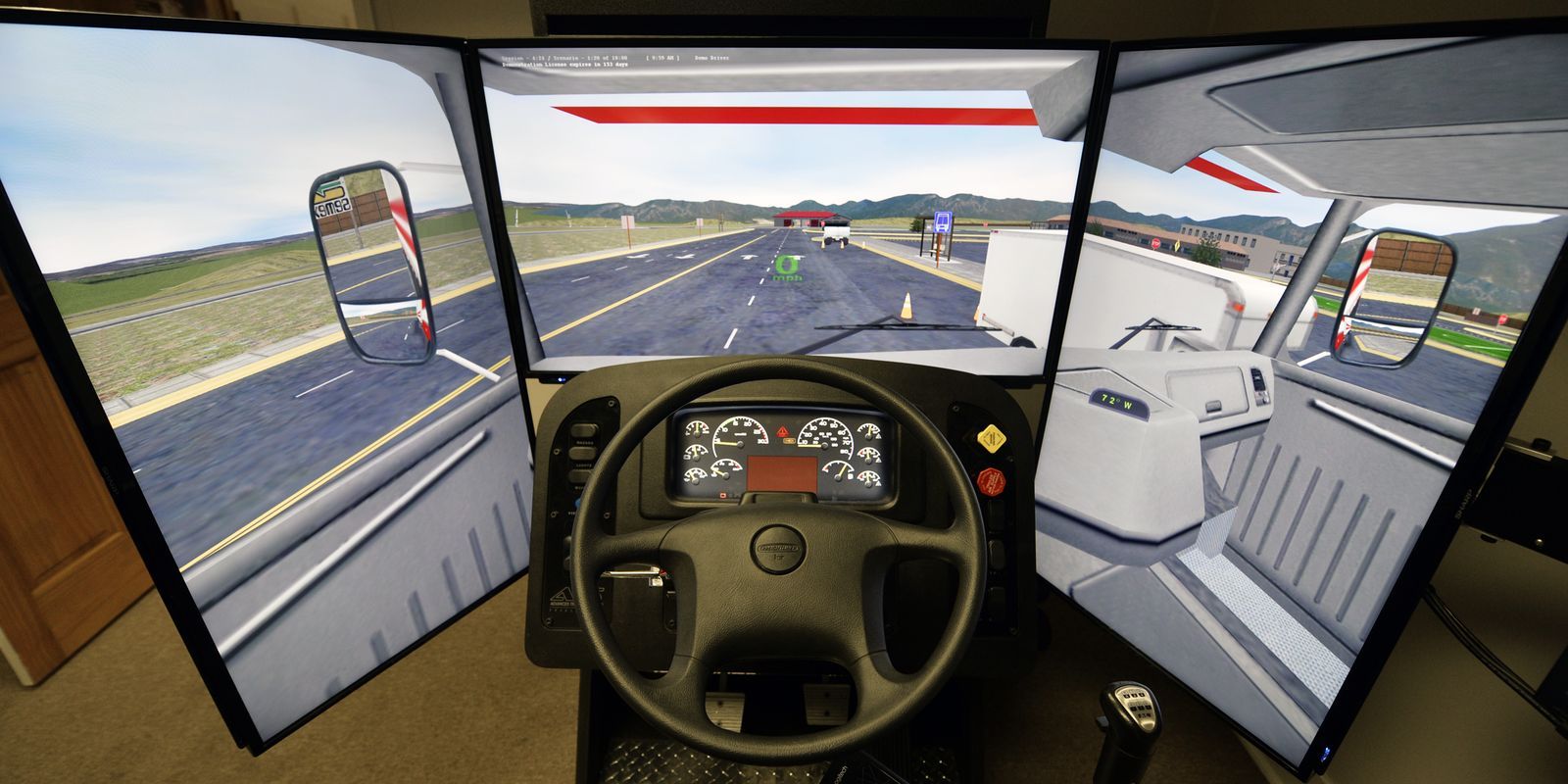 New drivers reporting to work at a United Parcel Service training facility in Atlanta next month will strap on a virtual reality headset as part of their basic safety exercises.

The 360-degree street scene projected inside the headset will help drivers learn UPS' mandatory technique of looking left, right and then left again before proceeding through an intersection. The virtual roadway also will teach drivers how to spot and avoid pedestrians and potential hazards.

Package delivery services like UPS and other trucking companies are revamping driver training to cater to a generation that grew up playing video and online games. Virtual reality is their latest tool.

Motor carriers are innovating to make training more relevant to young job seekers and to better prepare new drivers for the rigors of the highway. VR joins trucking simulators and augmented reality systems that carriers are starting to adopt for driver training.

Because digital-based technologies can capture user data, companies may eventually use them to track how effective the tools are compared with previous training methods for getting truckers ready for the road.

"Without a doubt, this is the future of driver training," said Dominic Dobson, an ex-race car driver and cofounder of VR Motion Corp., a Hillsboro, Ore., startup developing VR-based driver training for auto-related industries.

"With this, we're kicking around the idea of redoing those standards to assume a little more hiring risk and using the simulator before they get into a truck to improve on those areas," he said.

Innovations such as VR could be used for remedial training, for example, leading a driver through actions that led to an accident so they can determine how to avoid a similar situation in the future, Mowrey said.

UPS is adding VR to the week-long basic training course that all new package delivery van drivers attend before setting foot in a real truck. By late September, UPS expects to have VR training gear available in a training facility in Atlanta and a facility about to open in Florida. The company plans to have VR gear installed in all nine of its training centers by the end of the year, including at facilities in Massachusetts, Maryland, Tennessee, Illinois, Arizona, Oregon and California.

UPS anticipates putting 4,000 new package delivery van drivers through VR simulators by the end of 2018. That's about 6 percent of its current 65,000-person delivery driver workforce. The company also employs tractor-trailer drivers but isn't planning VR training for them at this time, according to Kyle Peterson, a UPS spokesperson.

UPS' VR training simulations were created by an eight-person team of information technology and operations staff that started working in late 2016. Although the company is introducing the VR training program on the Vive headset from electronics maker HTC, the simulation was created to be hardware agnostic. Peterson declined to say how much UPS spent on hardware or developing the software.

The new system replaces touchscreen-based safety training modules that UPS has used since 2007.

Damian Toledo, an on-road supervisor and driver trainer at UPS' Atlanta facility, has tested the VR system and believes drivers will like it because it resembles video games. "They'll engage more, and that will make them a better driver and make us a safer organization," Toledo said.

UPS also plans to collect and analyze data from the devices to see how the tech improves training, said Jon Bowers, a site manager at the Atlanta center. UPS is looking at using VR and augmented reality technology in other aspects of its operations, though Peterson declined to be more specific.

Price cuts for VR equipment could encourage more carriers and delivery services to follow in UPS' footsteps. Earlier this week, HTC cut the price of its Vive headsets by $200, to $599. The announcement follows a comparable price cut for headsets from Oculus Rift, the VR startup Facebook purchased for $2 billion in 2014.

VR Motion makes software that connects a headset to the motion platform to produce a 360-degree view in a way that creates muscle memory and makes it less likely that users will get sick, Dobson said. The company started out making VR for race car drivers like Dobson, who made seven starts in the Indianapolis 500 and also drove in the 1989 24 Hours of Le Mans.

VR Motion's equipment is expensive, running into the tens of thousands of dollars for set up, installation and licensing fees. But Dobson believes VR systems ultimately will prove cost effective.

"We have surveys from law enforcement training officers who've said without a doubt this is a tool we need because it'll make better drivers," he said.

VR isn't the only option for simulating driving a big rig. Some carriers have opted for other types of training because VR still gives some people motion sickness, despite improvements in the latest generation of gear.

That's why Grand Island bought a simulator from Virage Simulation Inc., in Montreal, including a truck seat, shifter, steering wheel, pedals, touchscreen dashboards and three 55-inch screens that stand in for a truck's windshield and left and right windows.

"I think this is much more adaptable than throwing someone into VR that's never been into anything like that," Mowrey said, especially for 'older drivers who would be using the machine to refresh their skills.'