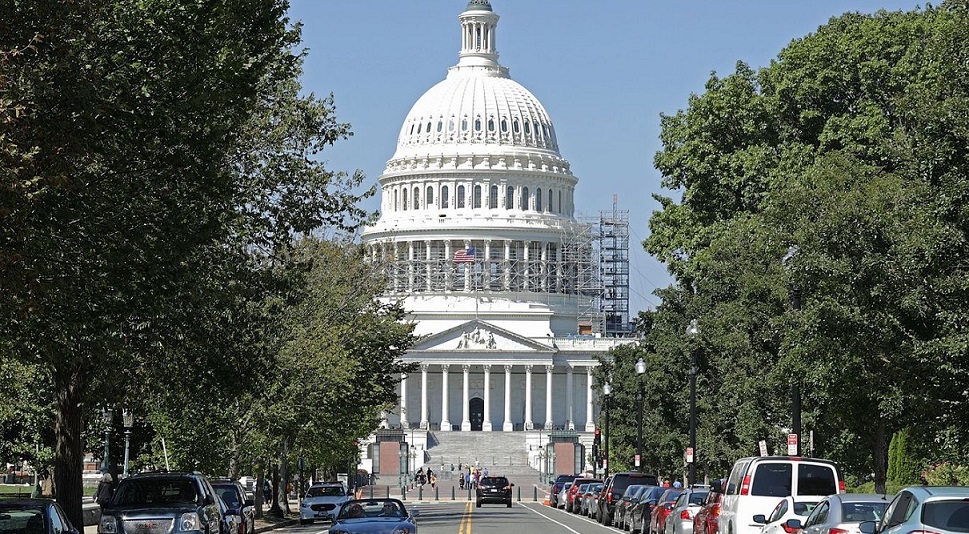 A U.S. Senate committee is considering whether legislation dealing with the future of self-driving cars should also pave the way to self-driving trucks, considering the impact such technology could have on millions of workers.

"Self-driving vehicles have the potential to change the transportation industry as we know it. That can be for the better or for the worse depending on the actions that this committee, workers and others take," said Ken Hall, general secretary treasurer of the International Brotherhood of Teamsters. "It is incumbent upon the members of this committee that workers are not left behind in this process."

Even as Hall and others — including U.S. Sen. Gary Peters, D-Mich. — suggested that it may be too early to allow for widespread testing of autonomous commercial trucks across the nation, others said that the future of autonomous trucks could greatly help reduce traffic fatalities and improve safety.

Legislation passed by the U.S. House last week paved the way toward more testing of autonomous cars across the nation -- allowing for as many as 100,000 cars to be exempted from safety standards while  they are being tested — but did not address the future of autonomous trucks.

Deborah A.P Hersman, president and CEO of the National Safety Council and former chair of the National Transportation Safety Board, urged the committee to do what it can to advance safety technology on all motor vehicles, calling the prospect of self-driving commercial vehicles potentially "game-changing."

Chris Spear, president and CEO of the American Trucking Associations, which represents trucking companies across the U.S., downplayed the concerns of driver displacement, saying he does not believe that it will in the immediate future and that fully autonomous commercial trucks could be decades away.

He envisioned an immediate future in which trucks were automated in such a way as they still needed drivers to be involved in monitoring the trucks and operating them when necessary. Drivers could also be needed — both Spear and Hall agreed — to ensure that technology wasn't hacked to turn trucks into motorized weapons and to ward against cyber-attacks.

However, Spear added in his prepared testimony: "The bottom line is that the trucking industry is vitally interested in automated vehicle technologies and the safety and efficiency promise they hold."

Hall said before the Senate committee adds autonomous trucks to legislation encouraging development, it needs to consider all the potential pitfalls, including employment and safety.

"Unchecked, this new technology could open our citizens up to having their privacy breached and personal data sold," he said. "Issues such as worker harassment and tracking would be intertwined with existing collective bargaining agreements and workplace policies. ... And millions of Americans could have their paychecks decreased because half of their job has now been automated away."

The discussion before the committee came a day after the U.S. Department of Transportation announced new guidelines for developing self-driving cars, a move  criticized by some Democrats in Washington as being potentially too lenient in terms of safety.

The committee chairman, U.S. Sen. John Thune, R-S.D., said that seemed like all the more reason for the committee to spell out what the agency is required to do regarding autonomous trucks by including them in the companion legislation with the House bill.

Troy Clarke, the chairman, president and CEO of truck-maker Navistar, said one way or another, autonomous trucks are coming. He said he personally beleives that "drivers will become more like airlines pilots, even more highly trained and skilled." He added he could see one driver in a truck monitoring a platoon of nearby trucks on the road.

Peters said that sounded to him like several truck drivers from those other trucks would have lost their jobs. Before that happens, he said, the Senate needs to consider those workers and what can and should be done to protect their jobs and wages.

U.S. Sen. Catherine Cortez Masto, D-Nev., asked whether it might be acceptable to all sides to limit development of new technology to those vehicles that require driver-assistance. Both Spear — who said full autonomous vehicles are not "in the foreseeable future" — and Hall of the Teamsters union said it could be, though Hall also said safety standards need to be developed alongside that concern.

"It is essential that American workers are not treated as guinea pigs for unproven technologies that could put their lives at risk," Hall said.