Reflections on a truck stop life 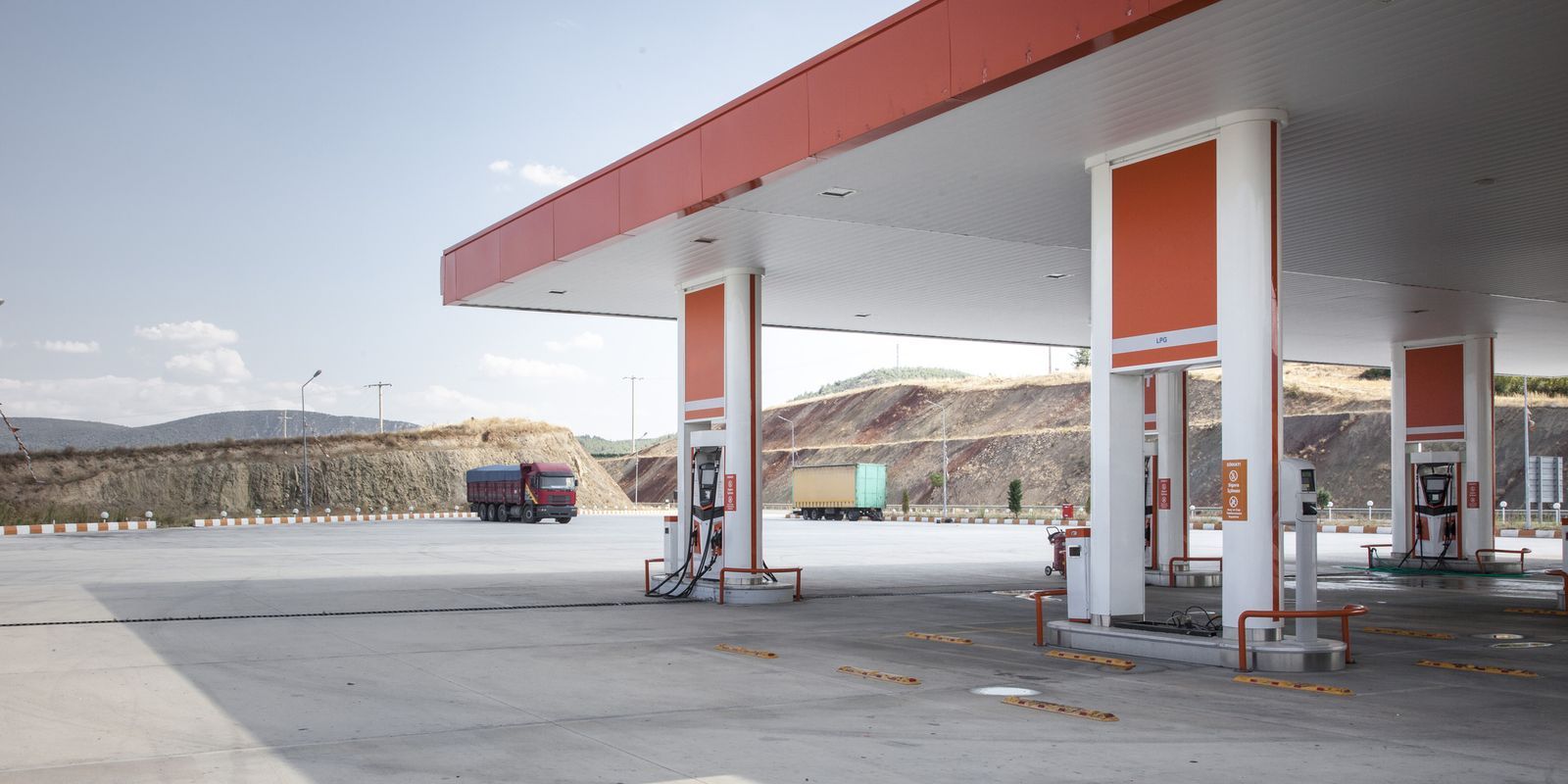 Nearly 60 years ago, a twist of fate detoured James 'Jim' Haslam from a football coaching career into running filling stations. And that detour sparked the rise of what is today the Pilot Flying J truck stop network.

To say that James Arthur Haslam II loves football is a little like saying Mount Everest is a big hill.

Indeed, for most of his young adult life, all Haslam did was live and breathe football 24/7.

Born Dec. 13, 1930, in Detroit Michigan, into the heart of Great Depression, Haslam recalled in an interview with Fleet Owner that football simply became a way of life for him. His family wound up living in Florida, where he became a standout on the St. Petersburg High School team and eventually got recruited play offensive lineman for the University of Tennessee in 1948, going on to win a national championship with that school in 1951.

After a stint in the U.S. Army which included several months in Korea following the 1953 armistice that ended the Korean War Haslam returned to his native Tennessee and quickly received a head coaching job offer for the South Pittsburg High School football team.

A former national college champion, now getting a chance to begin building his own coaching career in the sport he loved. What could be better?

Except there was a catch, Haslam explained a catch that permanently changed his life's trajectory.

"They offered me the job in February [of 1956] but they said they wouldn't start paying me until the football season began that fall," he said. "I had a one-year old son at the time so I said no to that."
Instead, Haslam joined the then joined LaFollette, TN-based Fleet Oil company and after about a year, took over as head of the firm's new Sail Oil chain of filling stations.

Yet the desire to truly be his own boss ran deep in Haslam, so he left Sail Oil to start his own company, which he named Pilot Oil Corp., on October 9, 1958 purchasing his firm's first filling station in Gate City, VA, for $6,000; a station with just four fuel pumps that also sold cigarettes and soft drinks.

Over the course of the next six decades, that tiny filling station would eventually grow into the Pilot Flying J truck stop network. But we're getting ahead of ourselves here.

Back in the late '50s, a three-year non-compete agreement with his former employer kept Pilot out of Haslam's native Tennessee, so he instead focused on building his company's filling station network throughout Virginia and Kentucky spending days at a time driving around cities in both states analyzing traffic patterns, trying to divine the optimal spot for new filling station locations.

By 1965, after growing Pilot's network to 12 stations, Haslam sold a 50% stake in the company to Marathon Oil, gaining a consistent fuel supply and a $4 million loan to for further expansion an effort that included adding in convenience stories to the filling station locations. Later, in 1988, he bought out Marathon's share in his company to return Pilot to his sole control.

It was in the 1980s that providing diesel fuel to truckers became a core piece of Pilot's business, Haslam said. He'd been visiting with a friend from his college days, Ken Pritchard, who was operating a "travel center" in Slidell, LA, to serve commercial trucks.

That facility did a nice piece of business, so Haslam opened a similarly-styled facility under the Pilot name in Corbin KY, in 1981 adding in Pilot's convenience store know-how to the mix.

"We lucked out in a way," Haslam recalled. "We found we got a lot of business by putting in diesel pumps. So we decided to build a 'coast-to-coast' network of travel centers, largely by acquiring other truck stops."

The first big move in that direction came in 1994, when Pilot acquired 11 Pro Stop stations, making Pilot the nation's second largest truck stop chain.
By 1995, Pilot was operating over 80 travel centers in 33 states and 51 convenience stores in Tennessee and Virginia, and employed over 4,000 people. That year, Haslam became chairman while his eldest son, Jimmy, moved up to CEO - a title Jimmy Haslam still retains today, adding in ownership of the NFL's Cleveland Browns professional football team for good measure.

Meanwhile, Haslam's other son, Bill, stepped up to become Pilot's president in the late \90s. Today, however, Bill Haslam has a very different job - Governor of Tennessee.

It's interesting to note that Haslam's granddaughter, Whitney Haslam-Johnson - the daughter CEO Jimmy Haslam became the company's 'chief experience officer' back in May. That brings a third generation of the Haslam family - a family with a net worth estimated at $6 billion in total - into its truck stop business.

"Trucking moves the U.S. economy; without trucks, where would you be?" Haslam said in terms of explaining why his company shifted its focus almost entirely to the truck stop industry back in the '80s. "We think we're a vital part to a vibrant industry, and we really went into it right as it became deregulated, right when lots of new [motor] carriers entered the business."

In 2001, Pilot experienced a moment of deja vu, partnering with Marathon-Ashland - a refinery division of Marathon Oil, later spun off in 2011 to form Pilot Travel Centers LLC. Two years later, Pilot bought 60 locations from Williams' Travel Centers for $189 million and five years after that repeated history yet again as Pilot bought out Marathon's ownership stake for a cool $700 million, then in turn selling a 47.5% stake to CVC Investments.
Finally, in 2010, Pilot merged with bankrupt truck stop chain Flying J to form Pilot Flying J; creating a company that today operates 750 locations in 43 states and six Canadian provinces, employs more than 26,000 , sells over seven billion gallons of fuel annually, and serves more than 1.3 million 'guests' per day at its far-flung facilities.

"Trucking is still made up of mostly small businesses. It's not dominated by just a few large companies," Haslam pointed out. "The people running them are hard-working and successful and we love serving them."

"Despite his company's obvious success - sales topped $29.2 billion in 2016 and Pilot Flying J is ranked number 14th on the Forbes list of Top 25 privately-owned companies" Haslam said that a business needs two critical ingredients for successful growth. And, for a time, he lacked one of them.

"You need financial capital and 'intelligence capital' to really grow successfully, and the mistake I made for a time is that I acquired too much money to build. The biggest challenge is finding good people," he explained.

"We've survived a lot of tough situations - the [Arab] oil embargo [of 1973], tire shortages, all sorts of things - and I learned that to be really successful long-term means putting the right people in the right places, training them well, and giving them a game plan for success," Haslam added. :This isn't something we do for three hours on a Saturday afternoon; it's something we need to do 24/7."

He also still leans on his football experience gained long ago on the college gridiron to help set the overall philosophy guiding Pilot Flying J, though he readily admits he's got 'a great team of executives' now in place to run the business day-to-day.

"It's all about putting together a game plan and then sticking with it; staying the course long-term no matter what happens in the short term," Haslam stressed. "The economy goes up and down, but you can't run a business just based on one bad week or one bad month."

When it comes to the specifics of truck stop operations, Haslam reiterates several lessons learned over the nearly 60 years he's spent in the industry:

And as for that long-ago passed-up chance to coach high school football, Haslam has few regrets.

"When you're 86 like me, you rarely get to coach football teams anymore," he laughed. "That's not true in the business world."