How Disruptive Will Uber Freight be for Trucking? 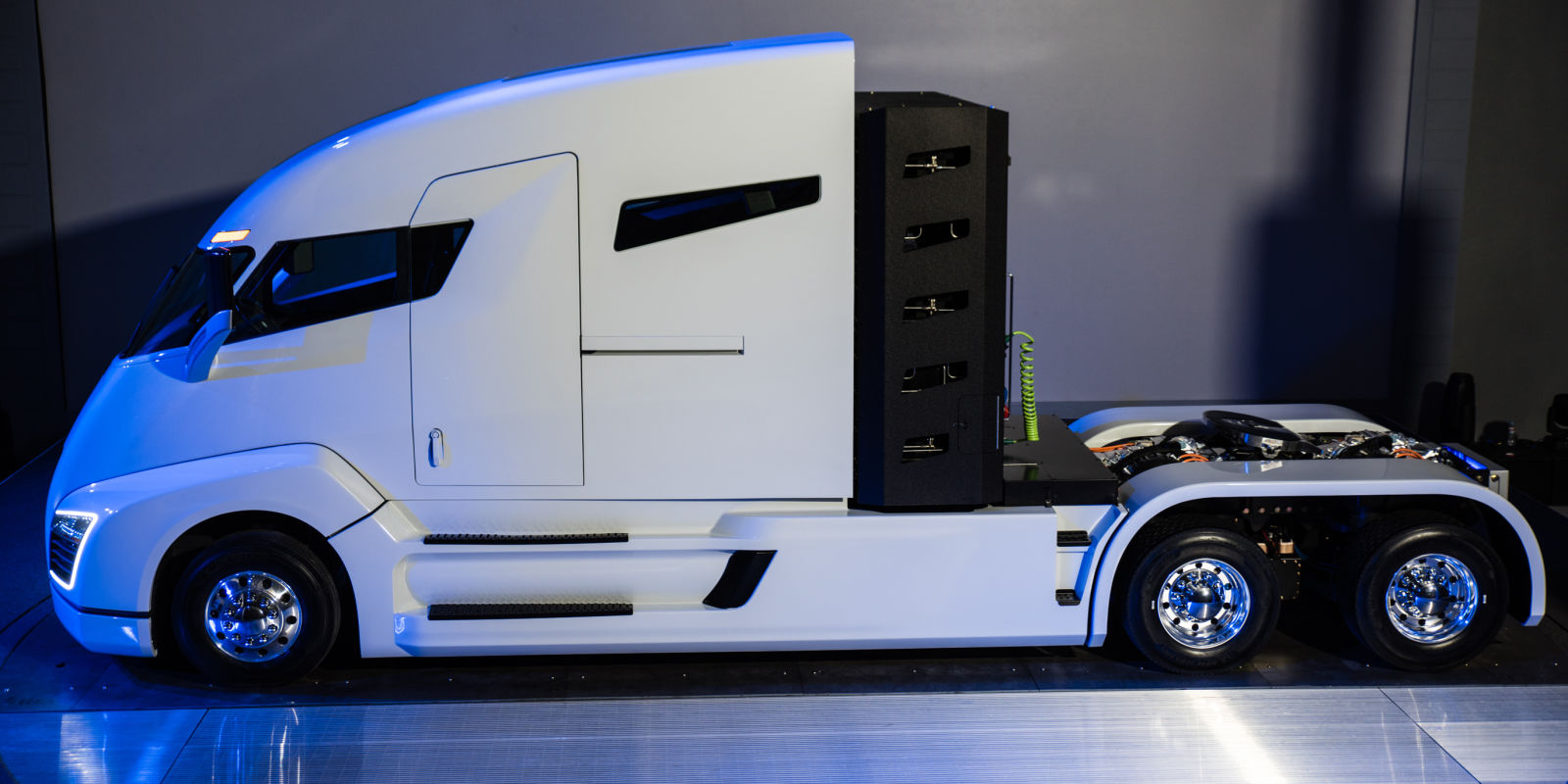 Three other freight-matching companies share their views on the market.

Uber Freight, an app matching owner-operators and small fleets with loads to haul, launched with much fanfare recently. Yet the use of computer technology to match up freight with trucks that can haul it is hardly new.

There are in fact already a number of load-matching apps out there. There are companies that have been load-matching for a long time, like DAT and uShip. And there are a host of newer entrants, like Convoy, Next Trucking, Trucker Path, Loadsmart, Transfix, and Doft (which is billing itself literally as an Uber for trucking.) And in fact some of the hottest companies attracting venture capital these days are promoting 'Uber for trucking' apps.

Some of those companies had a bone to pick with how Eric Berdinis, product lead for Uber Freight, described how Uber Freight was different from other load-matching apps out there.

"Most of the apps that are out there might show the load, but it's still on the carrier to pick up the phone to call to see if that load is real," Berdinis told HDT in an interview. "A lot of times that load posted hours or days ago and someone else has taken it, but no one removed the posting. They're really no different than the current brokerage model; there's no 'book it now' button, no instant experience."

We talked with three of these companies to find out more about how they work, how they're similar to or different from Uber Freight, and how disruptive they think Uber Freight will be for trucking.

Next Trucking
"Next Trucking has a function that is literally called 'Book It!' and is an instant experience,' said Erin Sullivan, spokesperson for the California-based company. There's even a video about it on YouTube.

CEO Lidia Yan got the idea for Next Trucking from working in her family business, one of the largest logistics companies in southern California for electronics. The app was launched two years ago and uses intelligent matching algorithms to match carefully vetted truckers with loads. With the push of a button, drivers can accept or decline jobs based on where they are, the time they want to travel, type of trailer, and rate.

"Our app allows truckers to dictate what they want," Yan explained to HDT in an interview. "We realize that drivers spend a lot of time negotiating with brokers."

Being from the industry, Yan said, "we understand drivers better than a true technology company."

She noted that many drivers are not that technology-savvy, so there's a customer service team that can provide hand-holding if needed, from downloading the app to learning how to use it. "We want to push them to the modern age of technology, but it does take time for drivers to learn the new technology," she said. "Uber wants to automate everything, but we're talking drivers over 50 years old who have never used a mobile app, who don't even have Facebook."

Next Trucking targets owner-operators and small fleets with two to six trucks. Most of them don't have [transportation management systems], accounting systems, so we provide them with a free fleet management tool so they know where their drivers are in real time, and an accounting website," Yan said.

Currently, there are 6,000-plus drivers using the Next Trucking app, mostly in southern California. The loads come from a core network of shippers known by the Yan family business as well as shippers that sign up to use the app. Freight is typically "the kind of freight drivers like to haul," she said, without a lot of loading time - electronics, solar panels, toys, furniture and the like.

"We know the industry. That's very different from an outsider trying to solve our problems. We have a lot of functions Uber doesn't have, like a walkie-talkie function. We want to form a community, so drivers can chat with their own fleet or dispatchers or with anyone who downloads the Next Trucking app. They can share pictures and video with family, friends, and other drivers."

The app is free for drivers; shippers pay a charge, but it's lower than what a traditional broker would charge.

While currently the focus is on freight going in and out of California, Next Trucking is looking to expand to Texas and New Jersey, again focusing on outbound and inbound lanes from and to those areas.

Doft
Doft actually billed itself as an 'Uber for freight' before Uber Freight was launched, and Uber Freight is probably its closest competitor, said founder Aliya Salakhova.

"Doft helps small and medium-sized enterprises find commercial trucks for their shipments without hassle in no time," Salakhova said in an email interview. "It takes a couple of hours now for a transportation manager to book a truck, but with Doft it can take two minutes." Doft has two mobile apps, one for freight shippers and another for truck drivers, which instantly match a shipper and a truck driver.

"Our model is pure on-demand truck matching technology which matches loads and trucks within a short amount of time," Salakhova said.

Like Uber, Doft is focusing on owner-operators and small fleets. "The approach is almost the same, but some details are different which makes the whole value proposition different," she said, noting that Doft pays its drivers in 24 hours, faster than Uber Freight. She also cited a fuel advance option that allows drivers to get up to 30% of a freight bill posted to their bank account right after a pickup by simply uploading the bill of lading in the Doft app.

"A broker or shipper posts a load and it is posted in their mobile app instead of a wall. The load is 'hanging' there for a while and sometimes the data can become obsolete. Doft solved this problem [with] instant 'on the fly' matching of loads and trucks. Our load is valid only when a driver looks at it on the smartphone. As soon as a load disappears from the screen, within 60-120 seconds, it is no longer valid. This is an Uber model that they use for their cab-sharing service. This is the model we are going to use to disrupt the trucking industry. Seems like the same thing, but in reality we're totally different."

Unlike Uber Freight, which operates as a brokerage and will use other channels to get loads covered for shippers if they aren't matched via the app, with Doft "the load will become obsolete in 120 seconds after it is posted. Shippers can use other channels to book a truck or re-try with a different price or time settings."

Salakhova said Doft has seen strong interest on the trucker side of the equation but, like Uber Freight, admits the shipper side has been slower to sign on. To keep enough freight available for truckers, Doft is launching a marketing campaign aimed at direct shippers, and plans to integrate with some existing load boards.

Doft launched in California earlier this year and is growing there. It has partners on the East Coast and plans to expand across the East Coast this summer. "We hope that Doft will be ready to operate nationwide already this fall."

Like Next Trucking, Salakhova said Doft wants to build a community, a family, of drivers. It's even planning to offer Doft shares to truck drivers in exchange for a small investment.

UShip
UShip was connecting loads and trucks before apps and Uber were household words. The company launched in 2004 as a desktop-based system working a bit like eBay for trucking. Now app-based, uShip still connects the guy wanting to ship his grandmother's antique china cabinet with someone willing to transport it, but today it's a global company. It's used by major less-than-truckload companies and recently signed a deal with DB Schenker, one of the world's largest logistics companies, to automate road freight in Europe.

Similar to eBay, each transportation provider gets a free profile page on uShip highlighting their experience, the type of equipment, insurance, authority, photos - and their feedback rating from people and companies that have shipped with them. "That's not something you may find with an app-based brokerage," Jutilla noted.

At the same time, it's focusing on working with large 3PLs and logistics companies, uShip is also working on improving the mobile experience for the both shippers and drivers, said CEO Mike Williams, 'providing shippers with capabilities to book their loads, track their loads, check in on their loads, on their phone, at their deck on the dock, at home, we enable great connections. We think the truck drivers benefit from having more features pushed to them via the mobile device, so that has been a key strategy for us in 2017."

Like Uber and Next Trucking, uShip realizes that the smallest carriers can benefit from technology that allows them to get loads easier and faster.

"Obviously, it is a fragmented industry when it comes to carriers," Williams said "Something like 80% are less than 10 trucks. UShip is attractive to carriers in that 1 to 10 truck range because we have a good base, a good volume of shipments to be able to peruse."

At the other end of the scale are the DB Schenker and large less-than-truckload companies. Many of the top 20 LTL carriers, Williams said, "are electronically providing rates through the uShip marketplace platform, which allows [shippers] to gain access to high quality carriers and those firms are obviously thousands of trailers."

He also pointed out that:

So How Disruptive is Uber Freight?
Will Uber 'disrupt' trucking the way it has the taxi world?

Doft's Salakhova noted that Uber is getting into a very complicated market, "where a lot of companies with a lot of knowledge in trucking have been already working on automation software for a while. It will take a lot of time, human and financial resources for Uber to build a successful on-demand commercial trucking service. For me, the only question is whether Uber's investors will be patient enough to overcome all the difficulties on their way into the trucking space, or they will give up like they did with UberRush - its restaurant delivery service."

UShip CEO Williams said of Uber Freight that, "It's another app being introduced by a broker. There are probably 10 of those that are going to get started this week. Uber's going to get headlines, but at the end of the day, they're starting a brokerage and they're using technology." And how is that different from someone like C.H. Robinson with its Navisphere Carrier app"

"Anyone who would start a brokerage today would lead with technology," Williams said. However, he added, "I give the company a lot of credit, it keeps everyone in this industry on our toes and reminds us that shipping and logistics is ready for more innovation, more digitalization."