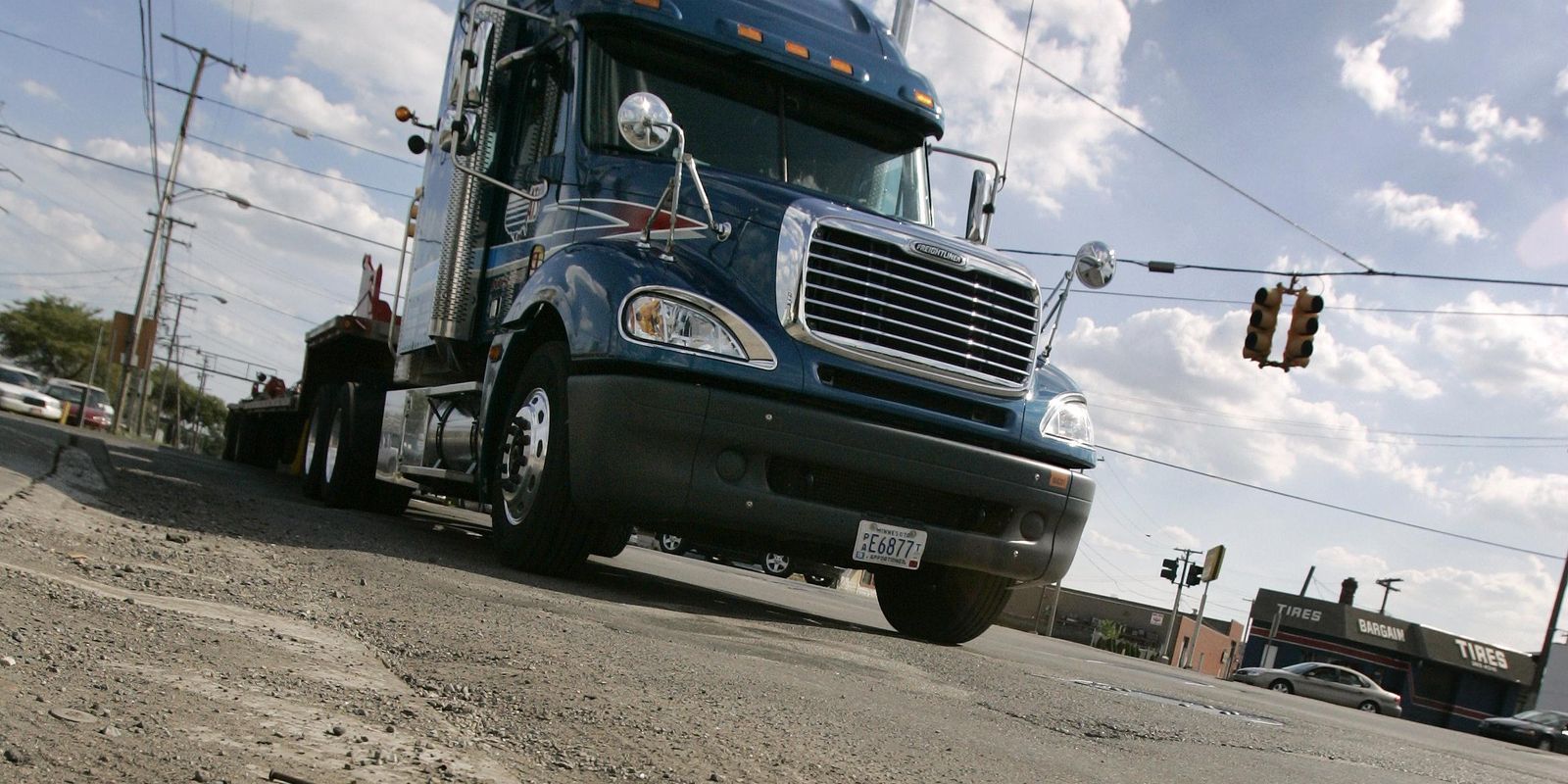 Truckers are threatening to quit the industry when a federal mandate requiring digital tracking of driving hours with electronic logging devices starts in December. The history of past regulatory changes demonstrates that most will remain in the business.

Truckers voiced similar threats when confronted with previous regulatory changes, including a new hours-of-service rule in 2013 and sweeping diesel emissions regulations from the Environmental Protection Agency dating back to the 1980s, but they kept driving.

"In none of these cases was there a major effect on transportation," said Noel Perry, an analyst at FTR Transportation Intelligence.

Some in the industry believe the mandate to install so-called ELDs in trucks will shrink the number of drivers and the trucks available to haul goods across the U.S.

In a recent report to investors, analyst Michael Baudendistel of Stifel Financial Corp. wrote that the industry's hauling capacity could shrink by almost 4 percent into 2018. But the full impact will take months to play out.

Still, previous regulatory hurdles, such as complaints about changes to the hours-of-service rules, which govern how much truckers can drive in specific time frames, did not elicit a driver exodus.

The last change, enacted in 2013, has a 14-hour on-duty maximum time limit for drivers. It allows for 11 hours of daily driving, but then truckers must take a 10-hour break. Moreover, truckers can only drive for eight consecutive hours before they must take a mandatory 30-minute break. Delays at shippers and receivers also count against drivers' 14 hours of on-duty time.

There were approximately 1.6 million heavy and tractor-trailer truck drivers when the HOS rule was implemented in 2013, according to Bureau of Labor Statistics data. That number increased to 1.63 million in 2013 and has jumped to 1.7 million truck drivers in 2016.

"There is no evidence whatsoever that truckers have left the industry because of regulations," Perry said.

While the hours-of-service rule has been a shock to the trucking industry, Allyson Hay, a driver from Searcy, Ark., said like everything else, truckers 'do adapt' to change.

"I know exactly what time I will be shutting down," she said.

The industry also has adjusted to increasingly stringent environmental requirements.

"Complying with EPA regulations has caused the cost of maintaining a motor to go bonkers," said Brian West, president of M&M American Logistics, a Mason, Ohio, trucking company. "We have found we are rebuilding motors a lot sooner than anticipated, but we know what to expect now."

There were also benefits to the new rules.

"Now people are buying new engines and getting 8 mpg and they are happy," Perry told Trucks.com.

In preparation for the ELD mandate, West said his company anticipates that the monitoring will reduce the number of miles truckers can drive.

West has taken steps to solve the capacity problem when his truckers are forced to drive fewer miles in December.

M&M is creating teams of two drivers in a cab to keep the wheels moving and deliver loads on schedule. It is also setting up relay points on approximately 500-mile runs that allow another driver to take the load to its final destination.

His company is still evaluating ELD devices, having tried out seven or eight systems so far and said that approximately 35 percent of his fleet is currently testing a device. His fleet will be converted by the December deadline.

Having a device on the truck that records all data could prove beneficial to truckers, Perry said.

"A computerized record of productivity of every move could prove profitable," Perry said. "Now, truckers have a record of delays at docks or certain freight lanes that aren't making money."

They can go back to the shipper and ask that delays at the docks be eliminated or request detention pay.

"They can pull up their ELD logs and march into their customers and say, "I can't survive this,"" Perry said.

Truckers who leave the industry will be quickly replaced by others who believe they can make money in trucking, he said.

There's no doubt there will be an adjustment period with the ELD mandate in December, Perry said.

Perry estimates that 60,000 drivers will have to be hired once the ELD mandate takes effect. There may be a six-month period or so of chaos "where rates could go almost anywhere," he said.

"There is some chance that there will be some rough times until the industry adjusts," he said. "There is no evidence whatsoever that the industry has ever or will hit up against some absolute limit that causes things to fall apart because of a change in regulation. It's never happened."